Time In Gets a Nod from the Huffington Post! UFT Recognizes Our Kids as Emerging Artists 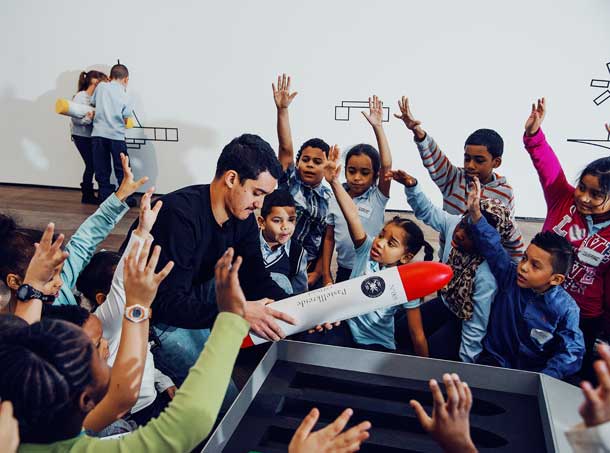 Robin Rhode pulls out a giant crayon. Who wants to draw first?!

The Jan. 28, 2013 issue of New York Magazine featured a piece on Time In and artist Robin Rhode, as he turned the Chrystie Street location of Lehmann Maupinas into a big coloring book for 37 of our first graders from the South Bronx! Kids paired off to operate Rhode’s oversize crayons, one supporting the rear and the other in charge of aiming. “They were delighted to be able to draw on the walls after not being able to touch anything,” says Cyndie Bellen-Berthézène, Time In’s director. The nonprofit “is not really about high culture,” she says, “but being involved in the world and feeling they’re a part of it. To destroy the idea of us-and-them.” She pauses: “The racial divide.” Read More

Yes, Time In, You Can Count on My Support!